The year 1961 was historic. The Peace Corps was founded. Alan Shepard made the first U.S. manned spaceflight. During this year some families in Orange County came up with a plan to form Temple Beth David. On September 13, 1962, Al Caplan, Jack Broscow, Lou Zommick, and Ben Cohn were some of the first founders of our Reform synagogue. 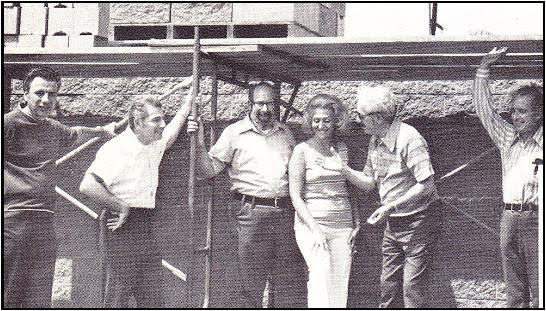 Back then, congregants and students met at a church in Los Alamitos. High Holy Days took place at various locations. When we decided to build on land in Westminster, each board member was asked to guarantee the bank loan by putting their personal homes as collateral. As a result of our founding families’ generosity, in 1966 we celebrated the groundbreaking for Temple Beth David.

In 1973 we merged with a conservative synagogue, Temple Hillel, and by 1976 we graduated our first confirmation class. Rabbi Henri Front was a beloved rabbi during the years…. And he led services with Cantor Harry Newman as his wife Fay directed our choir. Now we have two women as our Rabbi and Cantor – Rabbi Nancy Myers and Cantorial Soloist Nancy Linder. Our pre-school is flourishing, our religious school is known and respected, our spirited choir has much to do with our being called the “singing synagogue,” and from the beginning, we had a strong and active Brotherhood and Sisterhood. A year after an extreme makeover in 2005, we began the tradition of holding Synaplexes that attract hundreds of congregants and guests. In 2008 we launched our new logo depicting a family tree that represents our welcoming nature, our commitment to spiritual and personal growth, and our love of family, friends, and newcomers. Now we enjoy a vibrant membership ranging in ages and backgrounds. 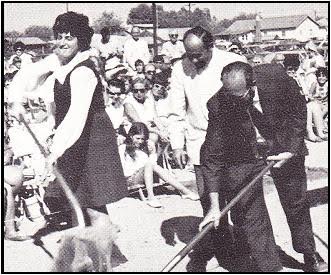