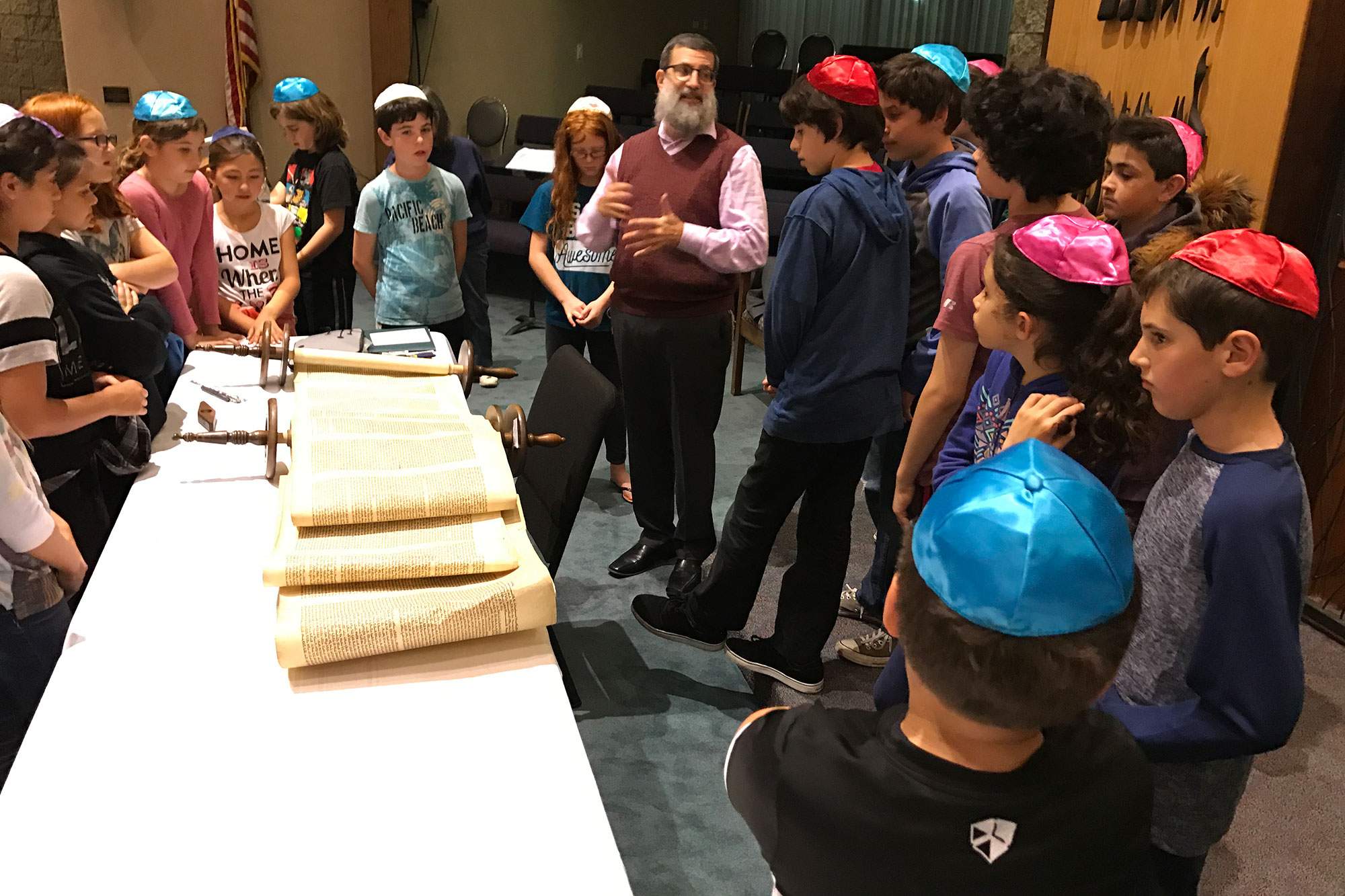 The Story of the Memorial Scrolls Trust, and Our Torah Scrolls 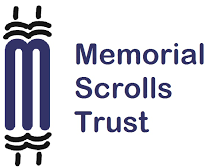 This story begins in Prague, Czechoslovakia, around the beginning of the 20th century. At that time, there were more than 117,000 Jews living in Moravia and Bohemia, part of what we today call the modern day Czech Republic. As the trek into larger cities becomes more prevalent, the numbers of villages and their local synagogues begins to decline. In addition, pogroms and various incidents of violence were on the rise; resulting the desecration and destruction of Jewish artifacts and synagogues. To preserve the history and the artifacts of these shrinking communities, an effort to create a Jewish museum in Prague, in 1906. The people involved with the museum, were tasked with preserving these precious Torahs, which even at the time, had stood the test of generations.

With the onset of World War II, and the invasion of Czechoslovakia in 1939, those responsible for the Prague museum, somehow convinced the Nazis of the importance of preserving and cataloging the nearly 1,800 Torah scrolls and relics. Many of the Jews remained on task, working on this monumental effort, until they themselves were remanded to concentration camps. Of the many workers, only two people survived the Holocaust. By the end of World War II, almost 80,000 of the over 117,000 Bohemian and Moravian Jews had perished in the Holocaust. Today, of the entire Czech population, only about 4,000 Jews remain. Before the war, there were about 350 synagogues. Because of the Nazis and Communists, over 140 had been demolished or destroyed. Many of those remaining, are left to decay.

After the conclusion of the war, a renewed effort was placed on saving these immeasurable treasures. The subsequent rise of the communist government in Czechoslovakia, however, meant that the importance of preserving the religious treasures, would be reduced to a minimum. 1,564 scrolls were purchased from the Czech government, by a prominent London art dealer, who with the assistance of prominent officials of the Westminster synagogue, brought them to England in 1963. 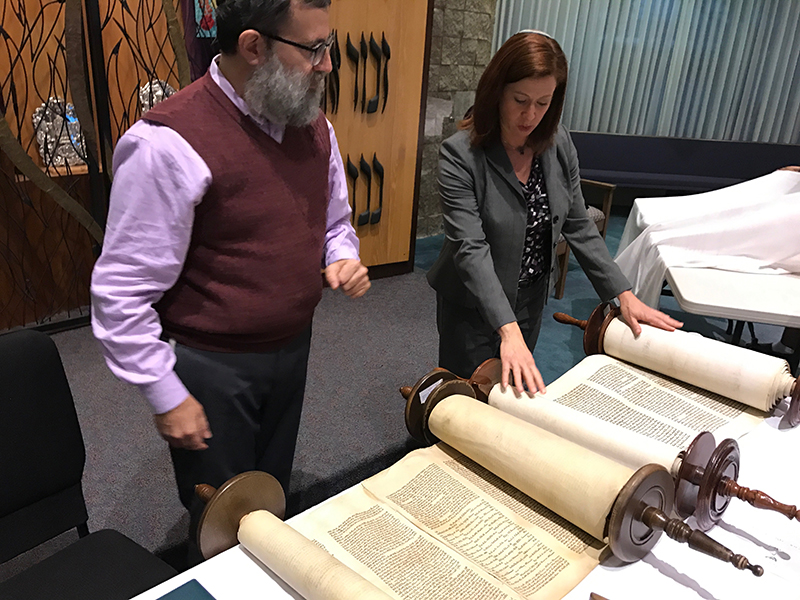 It is at this point where the Temple Beth David part of the story comes into play. Scroll #1050, which originates in Prostojev, was presented to the wife of a prominent member of their synagogue in 1807. This scroll was granted to Hillel Congregation of Huntington Beach, in 1973. Hillel merged with our temple a few years later. Scroll #83, the “big boy” (over two feet in height), originated in Kromeriz, over what approximates to be 250 years ago, which makes it older than the Declaration of Independence and the US Constitution. It was entrusted to Temple Beth David, at the request of Rabbi Henri Front, and Cantor Harry Newman in 1980.  Among our other scrolls, is another one, which originated in Czechoslovakia approximately 180 years ago. While it cannot be proven to be a survivor of the Holocaust, as are the other two, it is still at least referred to by our Rabbi Nancy Myers, as a “refugee”. Another scroll has been identified as an Eastern European Ashkenazi scroll, of unknown (for now) origin, and the last is identified as being of Russian origin, from a rural village, approximately 80-100 years ago.

As Rabbi Myers consistently reminds us, the Torah is the “tree of life”. From the trees which produce its wood, to the animal skin which makes its parchment, and the animal sinew which holds the parchment together; and the turkey feather quill and kosher ink used for its writing, it is symbolic of life, and the passing of tradition, for generations past and yet to come. These Torahs represent all facets of life; including survival, and the enduring spirit of our faith. If they could speak, they could tell us about overcoming the travails of constant treks from one home to another, of pogroms, of wars, and of the Holocaust. So many, young and old, are a part of the passing down of these Torahs, which combined, have been witness to at 1000 years of bar and bat mitzvahs, and Torah studies and readings.

*Note:  Scrolls are on permanent loan to Beth David.

** Statistics for this essay are derived from information provided by Jeffrey Ohrenstein, and The Memorial Scrolls Trust website.