Calvin Douglas Chait-Walter will celebrate his Bar Mitzvah on November 16, 2019 alongside his sister Sydney, who will celebrate her Bat Mitzvah .  Calvin, who is a 7th grade student at McAuliffe 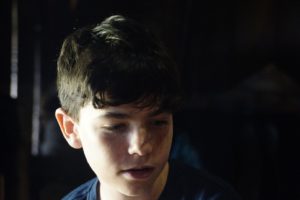 Over a year ago, Calvin initiated a tzedakah project in preparation for his Bar Mitzvah by volunteering his time on Saturday mornings at the Mary Wilson Public Library in Seal Beach. At the culmination of his project, Calvin joined the library’s Storytime program for Music Week, providing cello accompaniment and teaching the children some of the basics of playing the instrument. When Calvin is not playing an instrument, reading or doing his homework, you will find him bodyboarding, surfing, skateboarding or playing video games. 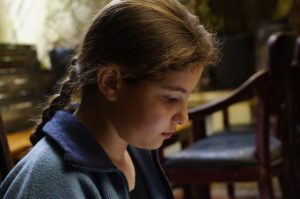 Sydney Camille Chait-Walter will celebrate her Bat Mitzvah on November 16, 2019 alongside her brother Calvin, who will celebrate his Bar Mitzvah .  Sydney, who is a 7th grade student at Oak Middle School in Los Alamitos, is a violinist with the Oak String Orchestra. Sydney began studying the Suzuki method of violin at the age of five and has enriched her study through three years of summer programs at the internationally renowned Interlochen Center for the Arts. In addition to her violin study, Sydney has a passion for creativity that over the past four years has led her to develop a talent fashion design and sewing.

Upon turning twelve, Sydney initiated a tzedakah project in preparation for her upcoming Bat Mitzvah. She employed her sewing and design skills to establish her own socially responsible small business. Sydney set up a store on Etsy to sell products that she hand-makes, including pencil bags, make-up bags, totes and hair ties. She has designated that all proceeds from the sale of these products will go to an organization in Uganda called the Connect Africa Foundation. The Foundation is a grass roots organization whose mission is to strengthen families and communities by providing educational sponsorship to Ugandan children orphaned by AIDS, and business loans to their guardians.

When Sydney is not playing violin, sewing new products for her business or doing homework, she also enjoys designing and sewing her own clothing and accessories, reading, swimming, skateboarding and surfing.